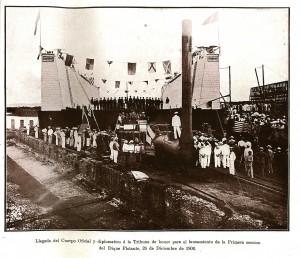 The Dock and National Shipyard of Puerto Cabello was created in 1905, by decree of the Presidency of the Republic, and attached to the former Ministry of War and Navy. Of its achievements, the Coast Guard “29 of January” and the merchant ship “New Mara”, boats that for many years provided efficient services are also remembered. A Floating Wood Dock was then able to repair ships up to 1,200 tons, and later, in 1.910, a floating dock of 5,000 tons of displacement was installed, both of which lasted until 1938.

In 1942 two Boaters of inclined plane were installed, with capacity of 1,500 and 500 tons, respectively, in which they are made the maintenance service to the smaller ships of the Squadron of the Navy, Merchant Marine and Speedboats of the Coast Guard National.

In 1947, the National Assembly of the United States of Venezuela enacted the National Dams and Shipyards Act, which created the current Autonomous Institute of Dock and National Shipyards, attached to the Ministry of Defense, with autonomous legal personality and with Own property and independent of the National Treasury. In September 1968, the National Congress of the 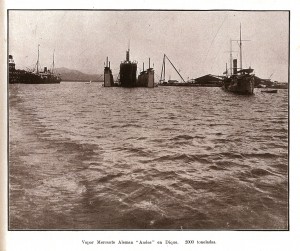 Republic approved the Public Credit Law, which authorized the Autonomous Institute “Dock and National Shipyards” to use public credit, up to the amount of one hundred million bolivars (Bs. 100,000,000.00), for the completion of the system of installations and equipment corresponding to the Dry Dock of Puerto Cabello. The necessary studies, projects and tenders having been carried out, the works of completion were begun, in the first part, during the month of July of the same year.